For context, here's a peek at what the experience was before I redesigned it. Users were having an extremely tough time discerning which appointment type they should select, resulting in frustration, wrong appointments booked, and drop-offs.

Here's an overview of my design process for this project:

Before beginning work, the first step I took was to gain shared understanding with stakeholders and product management of the business goals:

Based on our goals, I worked with the product manager to define these success metrics:

Our team began by launching 2 user surveys: one with patients and one with clinic staff. We also conducted 20 follow-up interviews with receptionists, call center reps, and clinic operation supervisors/managers. Some of our key findings included:

of users prefer to use online scheduling methods for appointments

are likely to switch providers if online scheduling doesn't work

of clinic staff regularly reschedule appointments made online by patients

To add another perspective to our user research, I looked at 3 categories of competitors to see what could be learned from each of their online scheduling experiences:

Based on the findings from user and competitive research, I wanted to focus on the following ideas in my design: 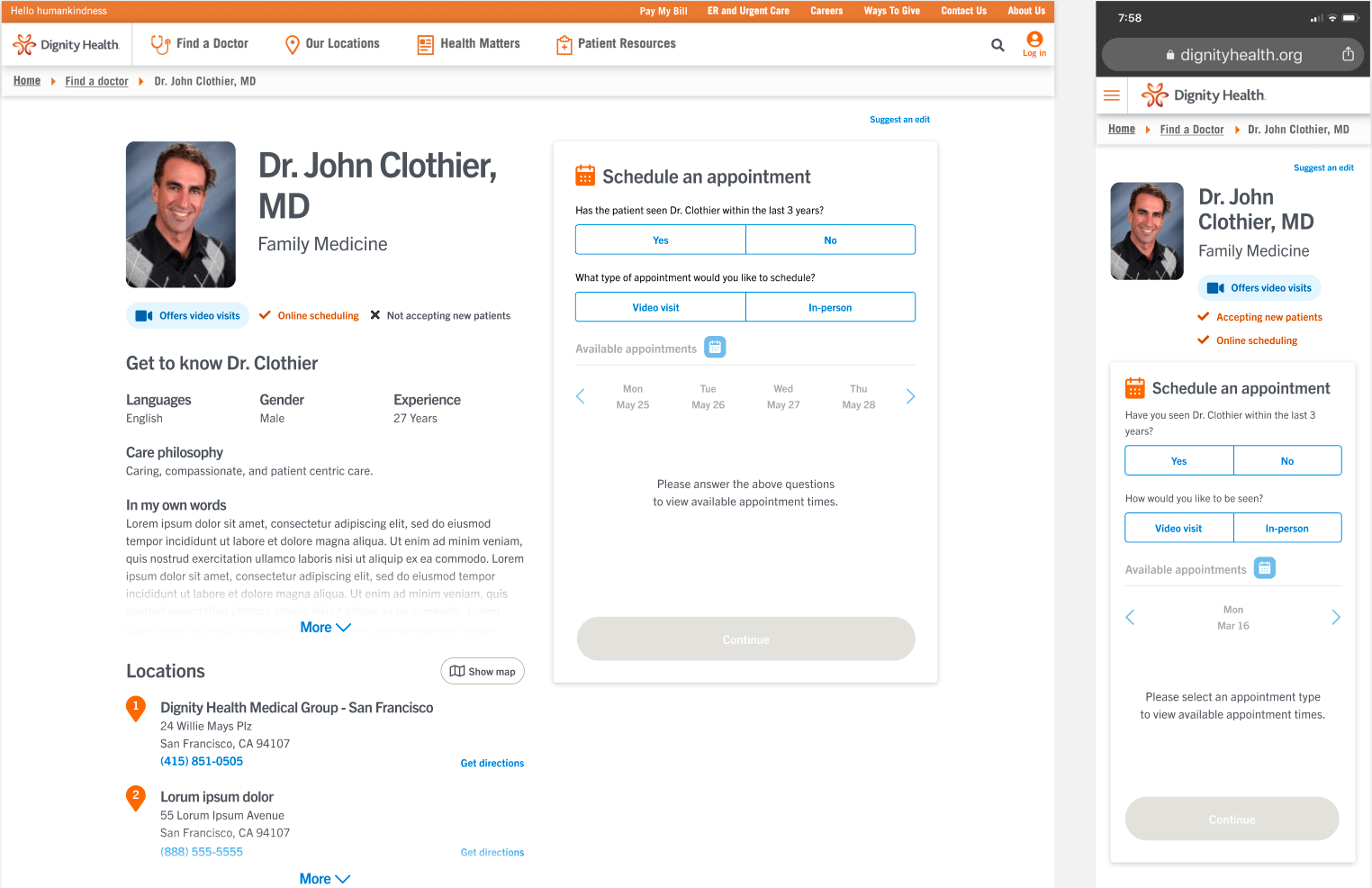 I created prototypes in Figma and launched 2 usability tests in Userzoom, 1 for desktop and 1 for mobile responsive, which received 150 and 115 responses respectively.

I found that users were able to complete their task of scheduling an appointment 5-6 seconds faster using Option 2 instead of Option 1. Ease of use scores were fairly similar across options, though Option 2 outperformed Option 1 on desktop.

Some of the qualitative feedback I received:

Based on this feedback, I made adjustments to the designs.

The finalized design is a guided, step by step process that makes it easy for the user to select the right appointment type, whether they are using a computer or their mobile device. It is fast, easy-to-use, and users can keep track of their progress through the flow with the progress indicator. 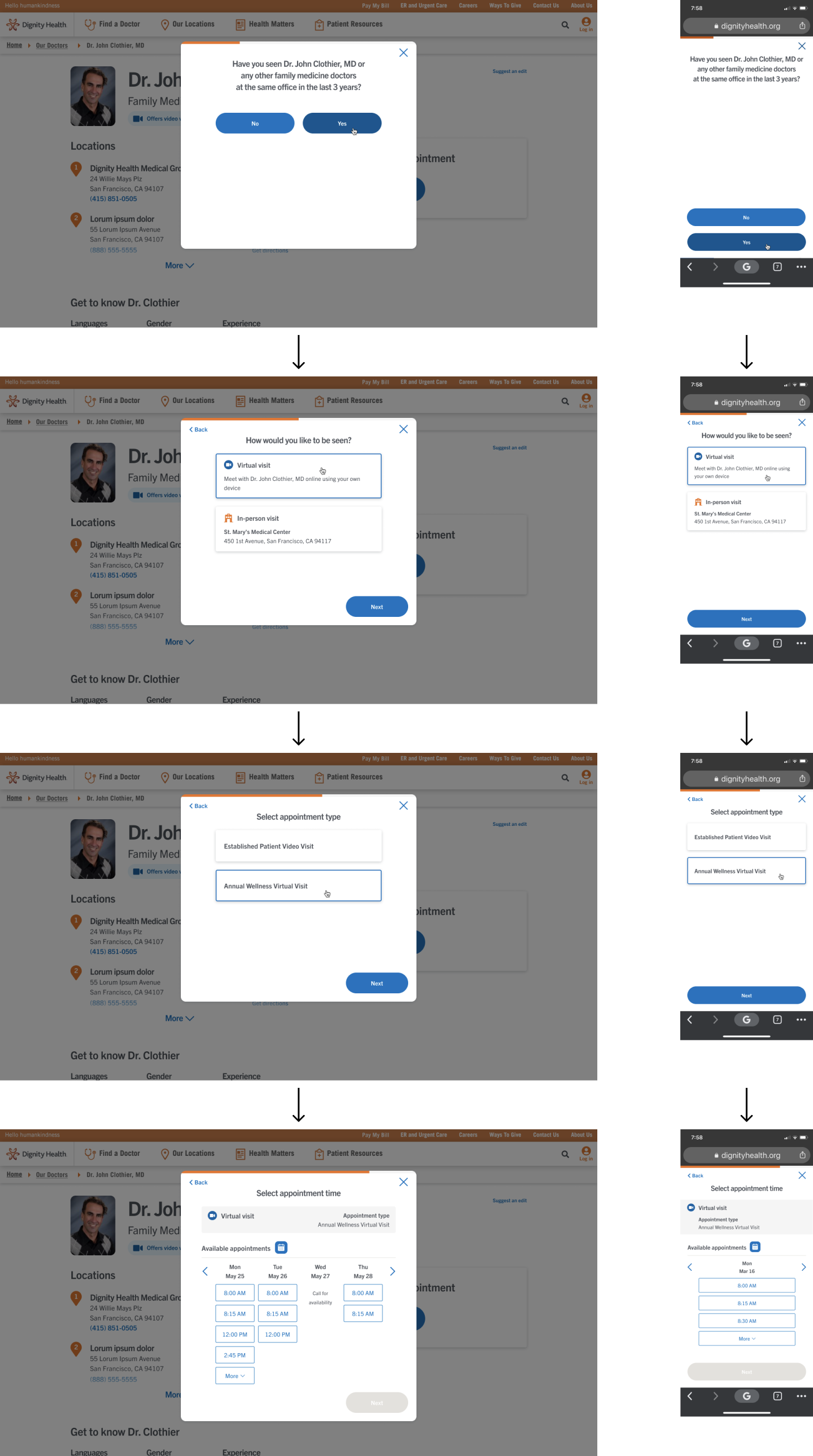 Within the first 10 weeks of launching the new appointment scheduling flow, we saw a 20% increase 📈 in conversion rate*.

The total # of appointments booked remained about the same, but we look forward to continuing to monitor the impacts of the new design on our success metrics over time.

If we had more time on this project, I would have loved to update the names of the appointment types and add descriptions to improve user clarity. It was one of our initial recommendations that we began work on in partnership with business stakeholders and our copywriter, but unfortunately we ran into some technical limitations that prevented us from including it in our launch.

*Note: Conversion rate is defined as users who selected an appointment time and successfully completed the booking flow.